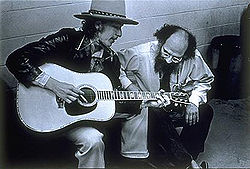 Jack Kerouac & his “libertine circle,” of Beat writers revolutionized modern thought in the 1950s by opening minds up to an alternative bohemian existence. Emphasis was on rejection of  mainstream American values, sexual experimentation, demystification of drugs and exploration of Eastern spirituality. Beat writers were pursuers of a new intellect, they were hedonistic, spontaneous creatives. They were travelers who spoke of gritty life experiences. This is one of my favourite beat poems….It’s by Allen Ginsberg, gay poet and Beat legionnaire….watch out..he speaks the truth….

Stand up against Governments, against god.

Say only what we know and imagine.

Notice what you notice.

If we don’t show anyone, we’re free to write anything.

Freedom costs little in the U.S

Don’t drink yourself to death.

Two molecules clanking against each other requires an observer to become scientific data.

The measuring instrument determines the appearance of the phenomenal world after Einstein.

The Universe is subjective.

We are an observer, measuring instrument, eye, subject, Person.

Inside skull is vast as outside.

“Each on his bed spoke to himself alone, making no sound.”

Subject is known by what she sees.

Others can measure their vision by what we see.